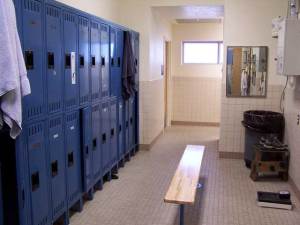 I’m headed for my locker after a workout at the gym and a stranger is standing there, using the locker next to mine. I see her face, as I approach, transform into a mask of such disgust that it’s immediately clear to me just how terrible a monster she thinks I am. I smile and say hello anyway to break the tension. “Get away from me,” she sneers, looking down her nose at me. Does she think I’m a man? I’m a butch looking lesbian but I have breasts. I grab them and thrust them out at her. “I’m a woman! I have breasts!”

“THAT’S NONE OF MY BUSINESS! I DON’T CARE! I DON’T WANT TO HEAR THAT!”

Red-faced, I find another locker a few aisles away. I jam my things inside and hurriedly undress between two other women who are doing their best to ignore the situation. A moment later, I hear her address me from the front of the room: “YOU KNOW YOU REALLY OUGHT TO WATCH WHAT YOU SAY OR SOMEONE WILL THINK YOU’RE A MAN!”

She leaves and no one says anything. I head for the shower. I’ve got thirty-five minutes to get myself to class but I spend ten of them slumped against the tile wall, shaking as the water hits me.

I feel like a freak. A squadron of kamikaze thoughts attack me.

What the hell is wrong with me? Why do I scare other women?

Granted, she’s crazy, but this isn’t an isolated incident.

I can’t do this anymore.

I don’t deserve this. I’m a kind, moral, decent human being.

I’m always getting read as male. I’m a masculine person. I can’t help it. I feel more male than female.

If I went on testosterone, would my life be easier, or harder?

Would I be changing into something that I’m not? Or becoming more of who I am?

I’m not a man. I wasn’t socialized as a man. I can’t erase the past forty-seven years of living in a female body and being treated like a woman. I might grow a mustache but I’ll never be a man. It’s too late for that.

I hate my body. I’ve always hated my body. I like who I am, though. I only want to change the outside.

I wouldn’t be a man. I’d be a transgender person. Someone who was born, raised, and spent an entire lifetime as a female who now finds it less painful to live in a male body.

Nothing about me will change but my body.

The people who already read me as male will be closer to being right.

I want my life to be easier. I want the pain to go away.

Women who’ve known me for years will look at me differently.

They’ll tell me to “man up” where before, they expressed sympathy.

They’ll accuse me of mansplaining even though I explain things for a living.

Things I said with safety as a lesbian will suddenly seem sexist. “How lucky am I to be surrounded by all of these beautiful women?” may not be heard in quite the same way.

I won’t change but expectations will. “Would you mind taking out the trash?” they’ll ask me. “Could you carry up that box?”

Something about me has to change, though. I can’t keep doing this.

I’m never going back to the gym. 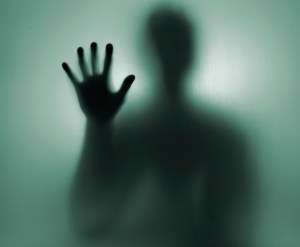