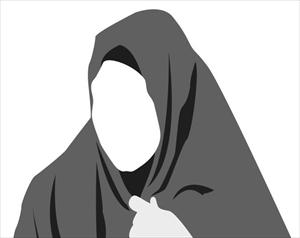 Based on the 14 years of experience that I have working with Muslim students on campus, I have come to see Islam as a faith like any other. It’s sad and unjust that Americans are conditioned to respond to it as something utterly different. Hijab, in particular, is profoundly misunderstood. 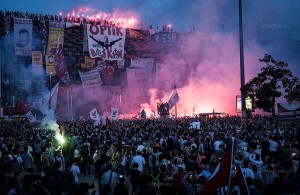 Halfway across the world, young people are rising up to tell their government that they expect it to work for them, not against them.  That’s a fundamental principle of democracy somehow embedded in the consciousness of a generation raised under the shadow of authoritarian rule but lit by the light of a million computer screens.  Educated, informed, and techno-savvy, these young Turks are possessed of Western values and American-style expectations.  Watch the video linked above and see it for yourself.  One young woman was absolutely aghast at the oppression of her government. The job of the Prime Minister, she says, his “obvious duty,” is to protect her; she grew up in a free society.  The problem is that the Turkish state defines freedom a bit differently than she does.

In the USA, the Occupy Wall Street movement built tent cities across the country. Young people gathered to demonstrate against the federal government’s propping up of the private sector at the expense of the citizenry (a gross but roughly accurate oversimplification).  In some places, local police forces used pepper spray on the crowds, but the tactic was met with scorn by politicians and the media alike.  Since, according to the Constitution, the people have a right to peaceful assembly, there was no official federal response.  The protests lasted in some cases for months, leaving individual cities to deal with the resulting sanitation and traffic issues, but they were largely nonviolent and of little lasting effect.

In Turkey, young people are today filling the streets to protest the actions of their government in privatizing public assets (another gross oversimplification, but a decent gloss nonetheless).  The Prime Minister has responded with threats and demands and a prodigious amount of street-clearing teargas.  The people, horrified by the brutality of their own elected officials, are driven by greater anger to hold larger demonstrations.  Both the protests and the violence are escalating.  While the Turks themselves believe that they have a right to assembly and freedom of expression, their government disagrees.

The difference, dear readers, is in the document.  As I tell my students, one should use the active, rather than the passive voice.

The most recent iteration of the Turkish Constitution dates to 1982. Yes. That’s right.  The place has been changing quite a lot over the centuries and they believe in regular updates.  Of course they tend to follow military juntas, but in general, updates are not a bad idea.  They’re due for another one.  But for the moment at least, here’s Article 34, circa 1982 — the one that is supposed to guarantee freedom of association:

Read it carefully.  Note that it guarantees nothing.  Note that it uses the passive voice: “Demonstrations shall be restricted.” That says it all, really, although the active voice would have been so much more clear: “The Government shall restrict demonstrations.”

Now read the First Amendment to the US Constitution, circa 1789:

Congress shall make no law respecting an establishment of religion, or prohibiting the free exercise thereof; or abridging the freedom of speech, or of the press; or the right of the people peaceably to assemble, and to petition the Government for a redress of grievances.

Now that’s the active voice:  “Congress shall make no law.”  (Passive voice: “No law shall be made.”)  Thus we end up with a list of very specific stuff that the government cannot do.

The US is getting ready to veto a UN vote in favor of Palestinian statehood.  Why?  The official line insists that the best path to statehood lies through direct negotiations between Israel and the Palestinians — not as a directive from outsiders.  While the Palestinians have the votes on their side and liberals like me would love to see them get their state, this claim still warrants examination.

What would be the worst case scenario, then, if the U.N. vote actually managed to recognize a Palestinian state?  Israel would not be willing, or perhaps even able, to remove its settlers from the Palestinian territories.  Palestine might seek to evict its resident Israelis through a process that mirrors their own displacement a generation ago.  The Israeli government would send its military in to defend its citizens. The UN would back Palestine and the US would have a difficult decision to make — one which the Obama administration might understandably wish to avoid.  A veto is their safest bet.