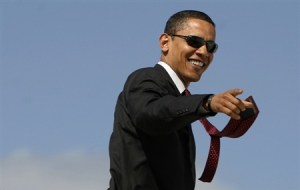 Mr. President, you need to be clear tonight. When you want to tell the YouTube generation what time it is, you have to say it straight:

You’re a middle class guy with middle class values; you’re one of us. Your opponent was an entitled rich kid who grew up to look down on us. He just plain doesn’t like us.

You believe in helping people who can’t necessarily help themselves. Your opponent couldn’t care less about them. He thinks they’re freeloading scum.

You believe that America should be a place where everyone has access to the same high quality medical care regardless of their circumstances. Your opponent’s math goes like this: BANK ACCOUNT = MEDICAL BUDGET = LIFE SPAN.

You believe that women are equal to men and therefore have a natural right to control their own bodies; your opponent, well, who knows what he believes? But his running mate is in favor of forcing a woman to bear her rapist’s – even her father’s – child. Sort of like an American Taliban.

You are a student of history, a believer in science, and a fan of reality. No one knows what your opponent believes, since he denies ever saying anything.

You believe in the DREAM Act. Your opponent is a NIGHTMARE.

Say it all with the soundtrack from 8 Mile playing in your head.