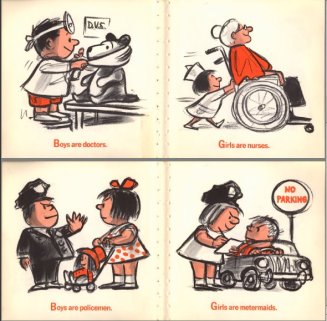 A page from a 1970 children’s book that helped to dash my childhood hopes.