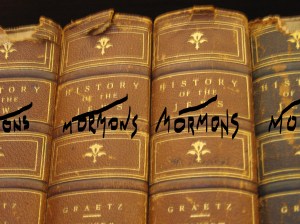 I recently conducted a two-part interview with my ex-Mormon friend and his wife; you can listen to it in Podcasts 05 and 06. I tried to maintain a scientific and professional distance from the topic in order to be able to evaluate it objectively as an anthropologist.

I stated in the inaugural podcast that I am uncomfortable with the Church of Jesus Christ of Latter Day Saints, particularly because it is such a modern religion. I also made clear the fact that I recognize this bias and am actively trying to overcome it. While I find their doctrine to be ridiculous, that is not unique to them. Most religions are ridiculous when their scriptures are taken literally.

Perhaps one day I’ll have an opportunity to interview a practicing Mormon, and I invite that. I want to respect the faith, but please don’t expect me to believe it. In the meantime, the people that I have access to are ex-Mormon and granted, they have their own particular view of things.

I found my interview with Andrew to be extremely enlightening. If you listen to the episodes, you’ll see that I was trying to put my finger on just what it is that disturbs me, but I was fairly unsuccessful. That’s because it took a day or two to settle into my consciousness: The Mormons f*** with my people.

What do I mean? I’m saying that as a Jew, I cannot accept their version of events. It’s one thing for them to claim a history that is markedly different from mine, but it’s quite another when their history rewrites mine. I can think of no other faith whose doctrine modifies the beliefs of another in such a way. They claim, for example, that Native Americans are descended from the ancient Hebrews, who rafted to the New World sometime before the episode at the Tower of Babel – and that was just the first of several Jewish migrations. With one prophetic vision they disrespect the cultural traditions of two peoples – now that’s efficient!

Not content to mess with history alone, the Mormons also make a practice of baptizing Jews after our deaths.  They take the editor’s pen to the future as surely as the past. And it’s not just the Jews, it’s all non-Mormons. That’s why they have the best genealogy records on the web.

Why couldn’t the Mormons keep their history to themselves like everyone else? No, they even had to drag Jesus into it. Poor, uninformed Christians. Don’t they know they’re missing half the story? Sure, their savior returned from the dead, but not to them! They must feel a little left out. Because Jesus, according to Mormon scriptures, was teleported to the New World after his resurrection, where he ministered to the descendants of the Jews, who apparently had forgotten they were Jewish. Then what happened? It slipped their minds that they had become Christians. Oops! Silly Jewish Christian Indians!

Is it just me, or is this not all a little bit insulting? Honestly, that’s the nicest thing I can think of to say about it. 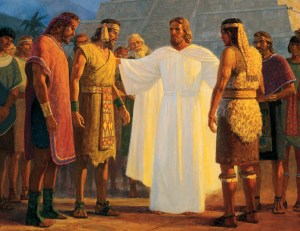 Jesus and the Mayans?