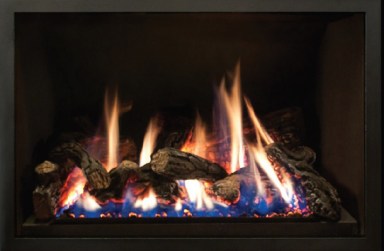 When I met my wife, she was already a homeowner and used to taking care of things by herself; some would say self-sufficient, others might say a mild control freak. I learned early on to leave her to her projects. She might mutter her way through fixing the sink but she’d get it done just fine without me. After 14 years of living together, I got a small place closer to my job to spend a few nights a week. Until I started working on it, she had no idea that I had any skills at all.

Unlike me, Tess is a master of all trades. She can build a fence, lay a floor, and put up dry wall. There’s very little to be done around the house that requires outside assistance. You wouldn’t know it to look at her, about a hundred pounds of hummingbird energy in a pencil skirt and heels, but she’s a one-woman Amish barn raising. She and her ex bought and renovated, by themselves, a series of increasingly more valuable homes which gave her a lifetime of know-how that I don’t possess. I leave things to her.

Our gas fireplace, which burns out some part or other with clockwork regularity each year around Christmas, is one of the few things that she can’t fix. We call a service tech, typically a guy thick with grease who likes fire enough to make me feel grateful that he channels his energy legally. Tess made the call this year and since I wasn’t at home when he came out to the house, he dealt exclusively with her. When Mark came back the second time, I happened to be at home.

I was in the back of the house when I heard him come in. He spoke with Tess for at least five solid minutes before I emerged and from that moment on, he spoke mostly to me. My wife was instantly demoted to the status of a semi-responsible teenager while I was promoted to man of the house. He related to me like I knew more than she did about operating the dangerously explosive gas bomb formerly known as our fireplace; it was my responsibility to make sure that she didn’t blow herself up with it. I felt this extension of male privilege immediately and was offended on her behalf; I made a mental note to apologize to her as soon as it was over.

I followed Mark to the fireplace at the back of the house. It was the first time I’d had an interaction longer than a minute or two alone with a man who perceived me not just as another man, but as a husband. I felt him drop a rucksack of masculine responsibility onto my back.

He lay down on the floor to better access the control panel as I stood over him. I’d already noted that he was at least six inches taller than me, so this situation inverted our perspective. He initiated a conversation which wavered between two disparate themes: Make sure your wife doesn’t kill herself with the fireplace and, to distill it down to its essence, a guy can only take so much from another guy before he gets physically violent, even if the other guy is his brother.

“I love him,” he said, “he’s my brother. But there’s only so much. . . I mean, if a guy just dicks you over and over at some point you gotta take that motherf—er by the balls and slam him into a wall.”

“Just break him in half,” I agreed, hoping it sounded like something another dude would say. “I get it.”

This went on for as long as it took him to do whatever he was doing and establish that he’ll need to come back again.

“How much time do you spend back here?” he asked, which struck me as a funny way to establish how long I could wait for the part to come in. “Can you live without it for a month? I mean, you don’t want her to turn this thing on and. . .” he trailed off, miming a mini explosion with his hands.

“Okay then, you make sure she doesn’t -”

“Right,” I assured him, “I know.” The feminist guilt was scorching my brain.

We rejoined Tess in the kitchen. She stood beside me as he summarized his points before leaving, addressing me exclusively. At some point I burst out: “You can tell her too, you know. She’s smarter than I am,” but he continued unfazed; something in his eyes made me think my statement was dismissed as sex insurance for later.

As soon as he left, I embraced my wife and apologized deeply. “I am so, so, sorry. I really am just so sorry.”

“For what?” I was shocked at her surprise.

“That disgusting male privilege. The way he talked only to me as if you weren’t there. I’m sorry.”

“Oh, that?” she shrugged. “I don’t care about that. You can be in charge of that.” And she bounced off, relieved that she has one less thing to worry about.